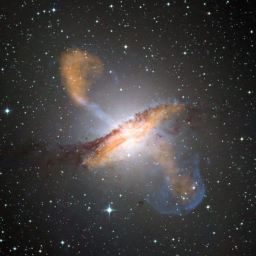 Relativistic jets from AGN are known to have a profound impact on their environment, both enhancing and inhibiting star formation under certain conditions. However, the role that these feedback processes play in in galaxy evolution remains elusive. In this talk, I will present our recent studies of jet-ISM interactions using high-resolution integral field spectroscopy (IFS). To understand the impacts of young jets on the evolution of their host galaxies, we used near-IR AO-assisted IFS to observe the nuclei of two local galaxies harbouring AGN with pc-scale jets. In both galaxies, we found evidence for jet-ISM interactions on scales much larger than the apparent size of the jets, consistent with hydrodynamical simulations which show that low-surface brightness jet plasma can extend much further into the ISM than the compact structures resolved by radio interferometry. I will also present our study of Minkowski’s Object, a peculiar dwarf galaxy located in the path of a radio jet from another galaxy. We carried out the first IFS study of this enigmatic object using the WiFeS instrument, and confirmed that the galaxy is undergoing a starburst triggered by the passage of the radio jet. We also discovered unusual ISM conditions that may result from this jet interaction. Finally, I will show preliminary results from a study of ESO 422-G028, a giant radio galaxy with Mpc-scale jets that may recently have “switched on” after a period of inactivity. Using WiFeS, we find evidence for strong jet interactions in the gas disc in the form of multiple, broad emission line components.