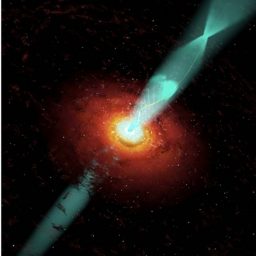 Galaxy formation theories struggle to explain the role of Black Hole accretion in shaping galaxies over cosmic time. Feedback processes associated with active galactic nuclei (AGN) can potentially play a role in shaping galaxies over cosmic time, by changing the physical conditions of the surrounding inter-stellar medium (ISM) or expelling it from the nuclear regions. The many details of such process, however, still remain poorly understood. In the local Universe, radio galaxies, which by definition show kinetic (jet-induced) AGN feedback, are typically hosted by the most massive early-type galaxies (ETGs). They can be divided into two classes. High Excitation Radio Galaxies (HERGs) are radiatively efficient (high accretion rate) objects, and are believed to be triggered by cold gas transported to the center through merging or collisions with gas-rich galaxies. Low Excitation Radio Galaxies (LERGs) are characterised by low accretion rates (<<0.01M_Edd) and their feedback is almost entirely kinetic (i.e. jet-induced). LERGs are thought to be powered by accretion from the hot phase of the inter-galactic medium (IGM), either directly by Bondi accretion, or more realistically after chaotic cooling. Interestingly, cold gas is frequently detected in LERGs, with masses that are potentially capable of powering the jets by accretion. The origin of the observed gas (internal or external) remains unclear. Our project aims at a multi-component (stars, warm/cold gas, dust) investigation of the cores of a volume-limited (z<0.03) sample of eleven LERGs in the southern sky. Here we present the results obtained so far by analyzing ALMA Cycle 3 CO(2-1) observations of 9 targets, with spatial resolutions of few hundreds of parsec. We detected (sub-)kpc CO(2-1) discs in 6 out of 9 targets, with molecular gas masses ranging from 2 x 10^7 to 2 x 10^10 Msun. All the detected sources show rotating CO structures. In one case (NGC 3100) the CO disc presents some asymmetries and is disrupted