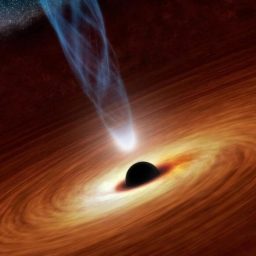 Restarted radio jets in AGNs can interact with their environment, leaving signatures on the radio spectral energy distribution. Tracing these signatures is a powerful way to explore the life of radio galaxies. This requires resolved spectral index measurements over a broad frequency range including low frequencies. We present such a study for the radio galaxy 3C 293. Using the ILT we probe spatial scales as fine as ~0.2 arcsec at 144 MHz and to constrain the spectrum we combine these with higher frequency (up to 8.4 GHz) archival data at comparable resolution. In the inner lobes (~2 kpc) we detect the presence of a spectral turnover, most likely caused by free-free absorption from the rich surrounding medium. We confirm that these inner lobes are part of a jet dominated young CSS radio source strongly interacting with the rich ISM of the host galaxy. The diffuse emission surrounding these lobes on scales of up to ~4.5 kpc shows steeper spectral indices. The outer lobes (extending up to ~100 kpc) have a remarkably uniform spatial distribution. Overall, it appears that 3C 293 has gone through multiple (2 to 3) epochs of activity. This study adds 3C 293 to the new sub-group of restarted galaxies with short interruption time periods. This is the first time a spatially resolved study has been performed that simultaneously studies a young CSS source as well as the older outer lobes at such low frequencies. This illustrates the potential of the International LOFAR telescope to study young CSS sources in larger samples of restarted galaxies.