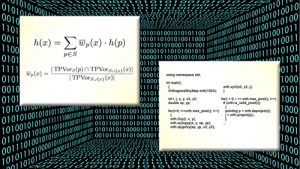 The Institute of Radio Astronomy has been engaged for years in the design and development, involving all the Italian radio astronomy community, of software for the operation of INAF radio telescopes. Spanning from control systems to tools that assist users in data analysis, our software is produced with the aim of being common to the three antennas, thus optimizing resources and ensuring reliability, maturity and durability over time.

The software developed for the Italian radio telescopes extends from control systems – regulating the devices with which the telescopes are equipped (servo systems, sensors, receivers, back-ends, safety mechanisms) and define their control and configuration logic – up to the highest-level tools that allow operations of varying degrees of complexity. For example: scheduling of observations, acquisition, quick-look and analysis of data, conversion of data format and support for data archiving. All the most common observation modes, both for continuum and spectroscopic observations, are implemented and periodically improved, such as on-the-fly and raster scanning, beam switching and frequency switching. The strategy adopted in the development has made it possible to create a common infrastructure, optimizing the resources used for maintenance, operation and for the expansion of new features. This type of optimization is also found at the user level, where the availability of Graphical User Interface, tools, procedures and common data formats facilitates training, writing the documentation, designing observations, and reusing analysis software. The architecture and implementation of each component/tool of the distributed software
follow state-of-the-art methodologies of software engineering. The development and debugging of new code occur incrementally, following a TDD (Test Driven Development) method, whereby each modification is accompanied by a series of unit or regression tests. Furthermore, the quality of the software installed on the workstations is guaranteed by the use of automatic deployment technologies, which ensure that the development and production environments are almost identical. Continuous Integration methodologies are being studied so that, through the use of TDD and simulated environments, we will obtain higher-quality software. The development uses only LGPL technology, as it guarantees reliability, maturity and durability over time. In addition, the source code is available on a public INAF repository, under an “Attribution-NonCommercial-NoDerivatives” license.