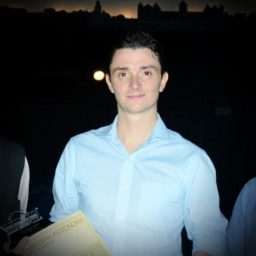 Much of the evolution of galaxies before they are assimilated into clusters takes place in groups where AGN feedback has the greatest impact on galaxy formation and evolution. On the other hand, clusters are the largest gravitationally-bound structures in the Universe, with their baryonic mass being distributed between the constituent galaxies and the ionized plasma of their intra-cluster medium (ICM). As such, radio observations of galaxy clusters are powerful tools for the detection of diffuse cluster-scale synchrotron emission, which carries information about the cluster formation history. In the first part of this talk, I will summarize results from studies of the central brightest group early-type galaxies (BGEs) of an optically selected, statistically complete sample of 53 nearby groups (<80 Mpc; CLoGS sample), observed in radio 235/610 MHz (GMRT), CO (IRAM/APEX) and X-ray (Chandra and XMM-Newton) frequencies examining the jet energetics impact on the intra-group gas, the balance between hot and cold gas and the AGN activity and star formation in groups. In the second part, I will present an overview of the MeerKAT’s Galaxy Cluster Legacy Survey (MGCLS), a programme of long-track observations of 115 galaxy clusters at 1.28 GHz spread out over the Southern sky, focusing on the diffuse emission detected in galaxy clusters highlighting a few significant examples to reveal both the much improved radio images compared to previous observations, as well as new discoveries that open up new areas of investigation in cluster formation and evolution.