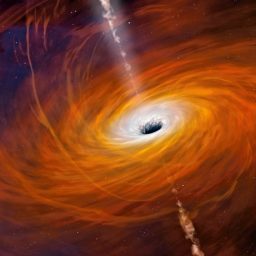 Observations carried out over the last three decades have demonstrated that the mass of central super-massive black holes (SMBHs) correlates with a number of properties of their host galaxies, which are generally interpreted as implying a self-regulated SMBH-host galaxy co-evolution. Our understanding of this process, however, is still highly incomplete. A key issue is gathering accurate SMBH mass estimates for a large number of varied objects. The most reliable measurements can be obtained through dynamical studies of matter orbiting within the gravitational sphere of influence (SOI) of the SMBH. Method used so far includes modelling the stellar, ionised gas, and maser kinematics. Each of these methods, however, have limited applications. In recent times, thanks to the unprecedented resolution and sensitivity provided by the latest generation of (sub-)millimeter interferometers, a new method for SMBH mass measurements has been developed: probing the Keplerian motions of the molecular gas down to the SOI using CO emission lines. In this talk, I will discuss the successful application of this technique in the context of the mm-Wave Interferometric Survey of Dark Object Masses (WISDOM) project, which has the primary aim of carrying out high-precision SMBH mass measurements using high-resolution CO observations mainly from the Atacama Large Millimeter/submillimeter Array (ALMA). In particular, I will focus on recent results obtained on two sample objects with very different types of nuclear activity and SMBH masses (NGC 1574 and NGC 4261), showing the enormous potential of this technique in underpinning our understanding of the overall SMBH-host galaxy scaling relations.