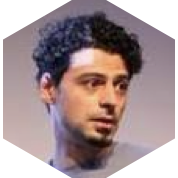 Multiwavelength light curves in long-term campaigns have shown that, for several blazars, the radio emission occurs with a significant delay w.r.t. to gamma ray band, with timescales ranging from weeks to years. Such observational evidence has been a matter of debate for years and usually is interpreted as a signature of the gamma ray emission originating upstream in the jet, with the emitting region becoming radio transparent at larger scales. In this paper, we show, by means of self-consistent numerical modelling, that the adiabatic expansion of relativistic blob can explain these delays. We use the JetSeT framework to reproduce the numerical modelling of the radiative/accelerative processes, reproducing the temporal evolution, from the initial flaring activity, and the subsequent expansion. We follow the spectral evolution and the light curves, investigating the relations among the observed parameters, rise, time, and decay time, identifying the link with the physical parameters. We find that, when adiabatic expansion is active, lags due to the shift of the synchrotron frequency occur, with an offset equal to the distance in time between the flaring onset and the beginning of the expansion, whilst the rising and decaying timescales depend on the velocity of the expansion and on time required to the source to exhibit a synchrotron self-absorption frequency. We derive an inter-band response function, and we investigate the effects of the competitions between radiative and adiabatic cooling timescales on the response. We apply the response function to long-term radio and gamma ray light curves of Mrk 421, Mrk 501 and 3C 273, finding a satisfactory agreement on the log-term behaviour, and we use a Monte Carlo Markov Chain approach, to estimate some physical relevant parameters. We discuss the applications to polarization measurements, and to jets collimation profile kinematics.